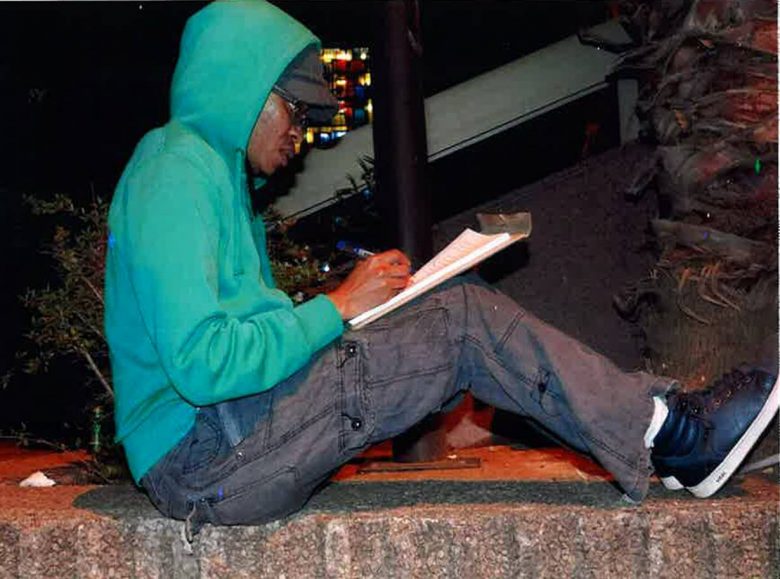 Mpho Matsitle writes and thinks in music – the only language he understands – and believes that everything must be subjected to the unforgiving scrutiny of black radical thought. He fancies himself an immortal black existentialist and a libertine. He claims he’s just a collection of ideas and passions – all mind and soul – and thus does not recognise his body nor take any responsibility for the actions thereof. Which would explain his devotion to thought and art, and somewhat neglected (shabby?) appearance.

Born and bred in Kanana, the mining township of Orkney in the little dorpie Klerksdorp, raised in a wonderful church by a loving family, a graduate of the University of the Free State and now by default a denizen of Bloemfontein where he works and wards off philistinism with his magic provocations.

He’s a leader of several special concern movements (that exist mainly in his head) including but not limited to the men’s rights tripartite: the Holy Alliance of Deputy Boyfriends, the National Association of Husbands And Boyfriends (NAHAB) and the National Union of Ben10s of South Africa (NUBSA).

Writing is something that happened to him. First and foremost it makes him happy. Secondly and equally important it amuses him. He also happens to believe that he’s pretty good at it – and this also warms him up inside; which is always a good reason to do something.