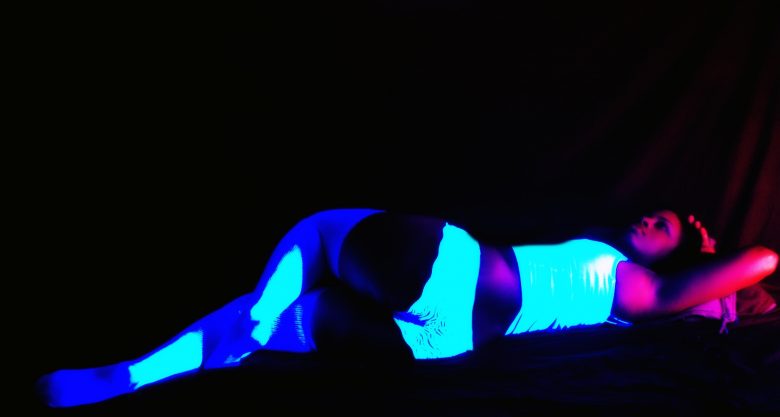 He sat there, transfixed in his position. It was not an entirely comfortable position, more of a pause in the usual cause of transition. The pause happened as he was about to go empty his bladder, incessantly pounded upon by the gin and tonic he’d been imbibing in a futile mission to drown the pain – no, not the pain. But rather the questions that gnawed at his being. The very questions that had him petrified in this this tiresome position. His right leg hovered above the left on it’s way to the floor. Gravity was slowly but surely impressing upon it to rest on the left knee. His back arched a little from the sofa cushion, neck strained holding the head that seemed undecided as to whether up or down was its destination. However the pain and discomfort of this physical nature held no candle to the pain cursing through his very being. His world had been shocked to the core. All coordinates were lost. But now – eleven days after that violence of a Sunday – one thing became clear to him: he had been absolutely and thoroughly ghosted. He had heard from her alright, but no real exchange had taken place. I am busy, I am exhausted, I need to sleep – all these had become the mainstay of a relationship which at its core was characterized by open communication.

Where he’d known what sauces she avoided pouring in her food at every meal, now he hardly knew if she were alive. He always had to ask. For eleven straight days this had been a new reality. A reality he decided – together with the right leg that decided that it should go back to its initial position having found the left knee not so welcoming – that he would take no longer. The distance in their relationship was long but not insurmountable, he too was after all a global citizen. The day was just creeping towards its teens, he flipped open the computer and it greeted him with a familiar hiss. It angered him deeply – how can the world go on as normal when for eleven days his love has eluded him? The website remembered his credit card details – why is it that she can’t remember to call back when she missed his calls? The OTP came in thick and fast – why are messages from her always thin and hours apart?

He boarded the plane with a luggage chockfull of them. Ok – was the curt reply to his announcement that he will be landing in three hours. She was there waiting for him alright, the first normal in eleven days. She was always on time. The hugs were timid, no kisses were exchanged, the conversation was idle. As had been the case since that Sunday when she ‘stepped out’ and never came back.

They were both raised well, there was no need to raise hell in public. All would be done in the privacy of her house. A prophecy that didn’t come to fruition. Therein he found two of her friends in animated conversation with a man he’d never met, or heard of as the introductions attested. He took no offense as he understood that she couldn’t be expected to alter her plans at a moment’s notice. So he parked his questions for a moment later. He treated her with the cold congeniality well balanced to not tick off her guests that there may be conflict, but enough to let her know she’s not off the hook. He has questions and will put them to her, come hell or high water.

The Man would at intervals break conversation with the two friends and call her aside. They would disappear to her room. Only then would her friends entertain him. But as soon as The Man came back, all their attention would be on The Man. He would use this time to sink deep into himself and formulate the questions he wished to put to her. But mostly to find a way to put them in a way that is not accusatory. He could not stand the thought of interrogating her. She was after all a sovereign entity that need not answer to anyone. As thus he had to to find a way to exercise his right to ask questions without demanding answers of her. It was a hair-splitting mission that took him all evening, energy and concentration, as thus every time The Man called her over he’d get mad as this meant that his thinking would be disturbed by her friends with their crazy banter. The return of The Man provided him respite to continue building his case delicately.

On the eleventh occasion The Man took her to the bedroom and her friends seized hold of his attention. But only for a moment as they came to a sudden and violent halt in their communication, exactly as she did eleven days ago on the Sunday. Their eyes pierced through him, went above him and around him. He turned back to see what had taken hold of their attention. The door to the bedroom was ajar – by design or fault no one could tell. The Man’s face, with eyes far apart, shimmering forehead, pointed nose and menacing lips, hovered above her left ear in deep concentration. Her face, contorted in a kaleidoscope of emotions, was reveling in orgasmic pleasure. Though they could only see the faces, it was a spoon so perfect it deserved to be silverware on the dinner table of a monarch. His head locked in its ninety degrees position, he could not look away. His eyes ever fixed on the two faces of the compatible lovers. As had been the case for the past eleven days, his attempt to make eye contact with her failed dismally. His heart stopped pumping. It contracted, as if to build up strength for the slow expansion that followed, then with a sudden burst it blasted into eleven pieces. Each with a defining moment of the eleven months they had been in love.

Little did he know, however, that The Man was her husband of eleven years. Estranged for eleven months. And on Sunday eleven days ago, The Man showed up at her doorstep. She had lost each and every morsel of love for The Man, but the word is bond and she is a woman of her word. The vows made eleven years ago could not just be erased by the swift hand of love. She had a duty towards The Man. And judging by the eleven escapades in one evening, and her beautiful face riddled with sexual ecstasy, she was happily on duty.

Two Socks in a Pod