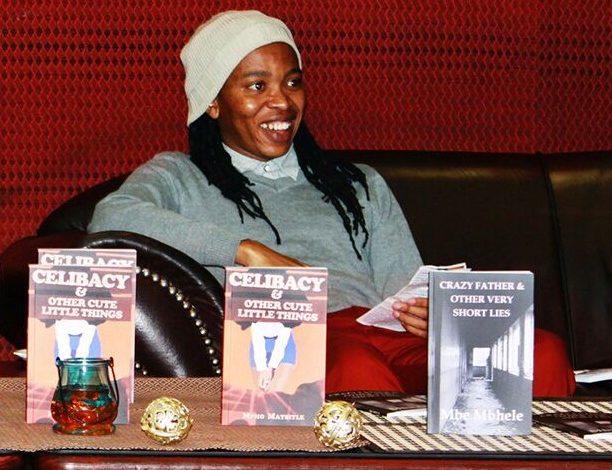 What are these other cute little things? Well, we all know that black men are beasts. Mainly created by whites. But sometimes of our own creation. We break hearts. We neglect our offsprings. We are drunkards. We are cowards – we forever proclaim our god-given right to head households yet we are yet to take back our land. We are not loyal to our lovers. The greatest betrayal being wife-ing them. We are rapists. Yes we are.

In fact the first character you encounter in Celibacy & Other Cute Little Things is one such rapist. This is not explicit in the story – which is the tittle story and broken in two parts. In fact many who read the book say Given is a likable character; of course second only to Mantwa, the promiscuous woman whose story I did not do justice to. That Given is likable, that he’s an ordinary guy, ke mjita and not some criminal, does not take away that he knowingly slept with an underage girl. And this brings to the fore that there is no template for what a rapist looks like. The story in focus of course concerns itself with Given’s attempt to remain celibate, but also brings to the fore the monsters we are – even if it is a by the way.

But we are not always. I believe that there is some profit in highlighting the cuteness of our existence in this abyss of black life – I’d even be brave enough to claim that this is a revolutionary act. The book, all ten stories have a guy at their centre, and these our guys give us a glimpse of our unmonsterly selves. And it is my hope that we fall in love with these guys.

Because it is also true that sometimes we are quite brilliant seducers – many a woman and man can attest to being unable to resist the charms of determined man. This is what I highlight in the second story Breaking Another Fast.

Equally so we are party animals, we know how to have fun. We have developed devices to court, go shela. We are not afraid to explore and ask uncomfortable questions about ourselves and our sexuality, as our guy does in Avana.

And we love. Yho we love! We love so that every other thing stops mattering. We love in the face of universal refusal – when our friends tell us that this one is not good for you; we love still. When our family threatens to disown us we say go with god and continue loving. We love even when we know for certain that this person will take our fragile heart and chop it to pieces. They will say re jesitswe phehla but we don’t care, we love still. This is what Skelem Gemmer brews.

And talking of love, we also fall in love for no rhyme nor reason. Take our guy in Cuckold for instance, he has hardly known this prostitute for an hour and he’s already in love with her. When love calls we don’t ask when how, why nor where; we answer in the affirmative. Many here are in love, married with kids and debt just because they met – no other reason at all. They met. For some it was a simple hello. For some a smile – a smile! A simple curve of the lips and right there and then there was love. Some of you here saw Nomthandazo perform and even though you had no business to, you fell in love with her. I mean I fell in love with my girlfriend just over a year ago because first time we met she said, dismissively, “oh, this is Mpho?” She was cold towards me and I had no business even giving her a second thought but I fell in love. It makes no sense at all but I don’t care, I love her still. That is the only truth I care for. All sense can go to hell as far as I am concerned.

We also sometimes get smitten. We suffer infatuation. Badly! The beauty of it being that if we are mature enough we can use this opportunity to form long lasting and fruitful relationships. As it happens in Another First Encounter. Because the smart amongst us will know that infatuation is different from falling in love – infatuation is a fleeting feeling that fails to reshuffle like falling in love does. But infatuation is your heart’s way of telling you that this person, or what they represent, is worth something.

And even revolutionaries – as Khon’Imbizo chronicles – get infatuated. Because we black men do sometimes fight that which turns us into the monsters we are. We fight to be free. To be better. To be human. We combat racism, patriarchy, homophobia, capitalism and all and any other oppressions that seek to limit the freedom of any person.

Sometimes, especially after falling in love, we hurt. We hurt so bad that we rage against the world. This is the pain of being dumped, of being an ‘ex’, as in Jeggings, and the pain of being betrayed, as in Messages Read. When you realise that whether on BBM, WhatsApp or Facebook, wa jellwa. It is a pain only second to blackness. It is a betrayal that is unforgivable. Especially in the face of blackness, where there is no safe space for anyone – to destroy the safe space where one had placed their heart is the ultimate sin.

And at other times we are just bat shit crazy. We are artists. We are dreamers. We are driven by forces we hardly understand and nobody else can fathom. We worship these forces; our muses. The Ghostwriter is a story of a man’s complicated relationship with his muse. But it is also much more than that. At the heart of it is a love story, a story of a beautiful relationship with clearly defined rules and regulations; wherein all parties know what they bring to the table and have clear expectations of each other and the relationship. Don’t we all wish for such a relationship, so we could stop consoling ourselves by saying ‘relationships are messy.’

We monsters sometimes yes, and we are working on that. But also we cute sometimes. We are seducers, explorers, lovers, fools in love, friends, revolutionaries, exes, heart broken and crazy. All I am saying is; we cute like that.

Delivered at the Matjhabeng Book Fair on 3 September 2016. 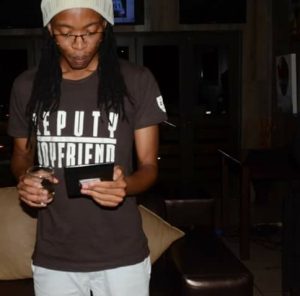 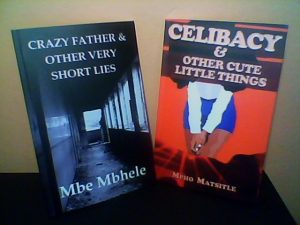 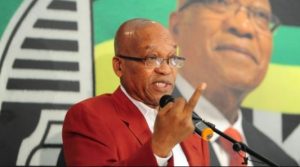