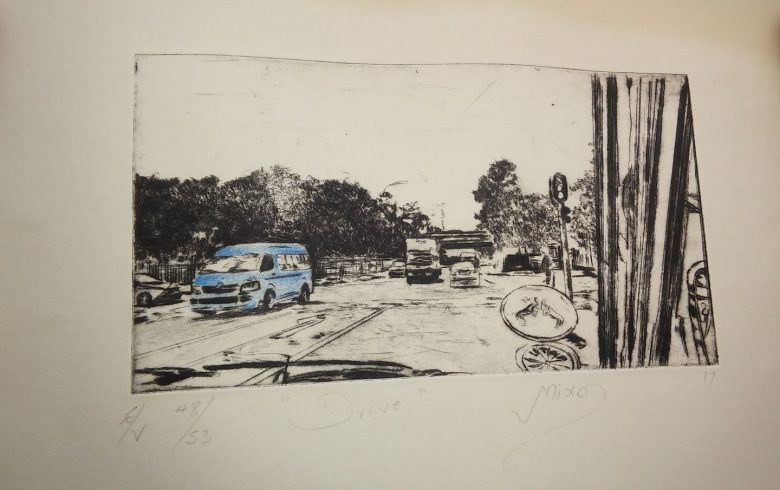 So last evening as I am waiting for my rib Dagwood at the stadium inn, an old man plops his tired body next to me. I immediately put my kindle away and welcome him with a smile. We share pleasantries like a pair of old pals. But I don’t know him. Or rather I don’t recognise him. Because everything in me says that this is a familiar person. And that is how we behave towards each other. I feel a certain warmth for him; I feel safe. Which is strange because I don’t know many old people, the few I know are my colleagues, and I’ve never felt safe with them. I simply don’t trust any black person who has long service in plantation. Chances are they fall squarely into the house negro category of plantation blacks. So I always have to watch what I say to them. But with this old man I feel some sense of camaraderie; like I can say anything. But I am definitely sure he’s not an elder in the black liberation movement; I’d recognised that instantly. He’s also not from back home; he has a distinctly ‘iketle pele’ accent.

We talk freely; him and I. About what I don’t know; it doesn’t matter. It’s small talk; but not the kind that is forced so that one is not considered a ‘better black’. It is genuine. A way for two people to feel connected to each other for no reason other than that they exist. Does he maybe remind me of mine own aged father? Hardly. This man is not that old; sure his skin threatens to divorce his bones, but really that’s just attention seeking behaviour. His cheeks still retain their sheen, and the dark mahogany brown skin is smooth but not yet leathery. His eyes haven’t lost their watery glow, and work very well without any third-party assistance. And he’s big; not fat, just big. And tall. Nothing like my father. So why do I love him so? Yes, I do love him. Not generally, but him. Yet I don’t know him.

And strangely too I like him; and I generally don’t like old people. They’re a walking reminder of the triple treachery of the body, brain and beauty. All three will soon forsake; I often panic about this. Especially now that my left knee is acting up from an injury sustained more than a decade ago. I curse it every time! Useless disloyal bag of bones. And it is the reason I hate looking at pictures of my younger self – an also mortified of reproducing; what if that bastard is as beautiful as I was all those many years ago? Beauty is a lie I tell you! Also I pity my father – now seventy-five years of blackness – he can barely recite the Lord’s Prayer without a (sometimes unfortunate, sometime funny) remix, this is a litany he’s been leading in church for a better part of half-a-decade for God’s sake! His brain is already betraying him. So why do I like this strange old fat dark man knowing very well he represents alla this? It doesn’t make sense. But we’ve already canvassed the fact that I love him; so sense is of no use at this juncture.

We go on with our inconsequential conversation. I feel like I kid; rather I wish I was a kid. Beautiful, brainy and well built. Then I’d recline on his pot belly, and he’d stroke my head. Maybe strike my forehead with his middle finger as my father was wont. Or tickle my armpits til I tears join my uncontrollable laughter. Maybe after that blow farts on my belly-button. The belly sans the fur – who came up with that disgusting shit anyway? At this point I want to weep. Weep for a childhood irrevocably gone. It is a mere legend now; used to dredge up melancholy. We keep talking.

“Order number eight-thirty-two.” The cashier makes an attempt to tear us asunder. Nothing registers. “Eight. Three. Two.” She insists. Something clicks. I look at my receipt. It corresponds with her words. I want to unsee it. To disbelieve. It’s rough out there, I protest. I’m safe here. With this man I don’t know. I don’t care to know. There are liars out there, thieves and cheats, there’s time and there’s hair – pubic hair, facial hair, hair on fingers and toes, hair on anus, hair inside the nose, on armpits, hair everywhere! “Eight-hundred and thirty two.” She could not care less; probably has a hair appointment to keep.

My hairs stand on tentacles, reality dawns, I get up, show her my receipt. She scribbles on it absentmindedly with a black ball point pen. I try to draw nostalgia from that tiny fact but fail dismally. Reality has dawned. I know what time it is. I must go back to being Mpho Matsitle – whatever that nonsense is. I walk back to the table with my Dagwood, the old man is still waiting for his order with that famed patience of stone we blacks possess, I wrap the plastic bag around the box container and gooi the whole mess inside my cooler lunch bag.

“Go siame pa,” I say to him as I zip up the lunch bag. “Sharp.” He insults my moment. But I love him still. As I walk out of the stuffy diner, I am not confronted with the familiar sights of Maxeke Square nor the beggars who colour the entrance of this joint. A large white Toyota Quantum blocks my view and way, I have to go around it to cross the road. Once safely – if one may use the word loosely – across the road, the image of the Quantum colonises me. That however wasn’t its only feat; it also closed the loop, putting paid to the questions that had longed ceased to bother me. The vehicle belonged to the old man whose name I don’t know. It – and him – is one of the maybe ten taxis that I commute to work with five-days a week.

Which puts paid to another lie that has never bothered me. I felt safe with a taxi driver. Commuting by taxi is my daily experience; and most of the time it is a pleasurable, safe, experience that I’d only trade for the freedom to choose it over a variety of viable alternatives.

And therein lies the kicker; we often bemoan (rightly so) public transport as the preserve of the poor, but we incorrectly assume the inverse to be true. We see for instance the middle class in Jozi ditching their cars for Ubers and Gautrain. And in the big European and American cities public transport is used by all, even the elites. The fact of the matter is that public transport is the most efficient – economically, politically, ecologically, and socially. Yes we can and should all have cars (or rather the option) but we cannot all drive them at the same time – it is not only unviable but idiotic too. Which is why I’m not principally against measures such as eTolls and carbon emission taxes – anything to get people into public transport is good for us all in the long run. The point is to improve our public transport system; not ditch and decide to go at it alone in gridlocked cities.

The People Shall Smell