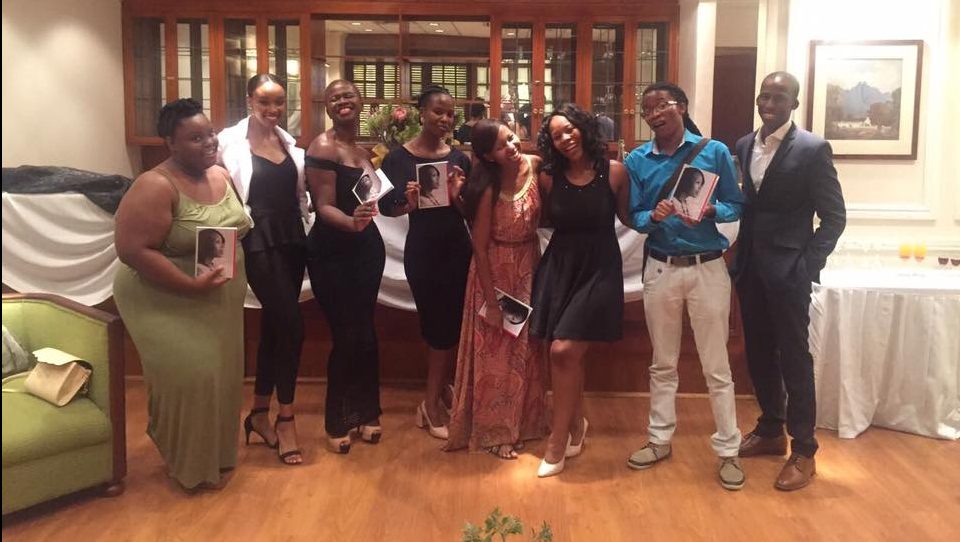 My Zdena disturbed my peace this morning. For no reason at all but to do just that. She achieved as much too – not out of any skill of her own (in reality she doesn’t have much in her arsenal for such a feat); but because of her structural positionality. Which of course I built for her, the god that I am to my life (or as the young, Christian and savvy will say in any of their orgies of platitudes; ‘I am the captain of my own ship’). You see – I confess in the impromptu quilombo opened by the book club – the problem with my Zdena (at some point we must ponder on this name’s kinship to the word stena) is that she was also my Theressa. “We build these pedestals for the people we ‘love’,” I say to the encouraging nods of the group. “But we also build pedestals for ourselves in their lives.” I echo the lady who confessed to believing that she had enough love for her and her ex-bae (what elsewhere I call ‘Break Away Faction’ or BAF for short). We laughed. That’s so true; we chorus. This is a safe space – with people I don’t know, but love. Because I love my people. I am however terrified of them too. Because I fear my peers. I have reason to – before the meeting began, as I was waiting in the lobby of Bon Hotel being mocked by the grand piano I ached to play even though I can hardly whistle in tune, I received a call from a lady who claimed to be from CRC about something I wrote which she found not only disgusting but cause for concern for my doomed-for-hell soul. She offered me an exorcism for my demons; I asked her for coffee, coz as many-a-woman is yet to find out – I will do anything for a cup of coffee.

The spectre of Hagara is one that has haunted me my whole life. Mainly because it coincides with the image of my mother – whose existence and possibility I cannot comprehend. That the hymn of Hagara is one of her favourites, and she once gave a rousing sermon on it, only complicates matters further. But to escape her lemme rather contemplate the story of Hagara as the story of black women. Those cursed (fictional) beings who do as society demands of them, coerces them, only to be thrown to the wilderness. To be condemned for doing exactly as expected. Beings whose whole existence is a kgomo ya moshate.

A black woman cannot but err – no matter what. I see Hagara in the wilderness, an image Thandi Vellem in her book ‘To Single Moms…With Love, God’ paints with a new reinvigorated beauty, waiting for the inevitable death of her bastard son. Who was possibly, Thandi speculates, conceived in rape. But we are kind enough to forgo that probability. We are even willing to accept that Hagara had to go for Abraham and Sarah to flourish. Thandi, like a seasoned novelist (despite her disavowal of fiction), reserves judgement on any of the characters. Her book, one of the interlocutors interjects, teaches compassion. So in the spirit of compassion we forgive Abraham apriori; but we gotta ask, why would he – the richest man of the time – subject his slave mistress to the harshness of the desert with only a Sasko loaf and a 1.5L of still Valpre? Surely he could afford to provide for them? We land, right on cue, at the perineal failure of (black) men (#MenAreTrash) to provide for their offsprings;
especially when there’s “babymama drama” involved.

Thandi’s novelistic compassion leads us to understanding our Zdena’s a bit better. Or rather, how we are the common denominators in all our failed relationships as she posits in her book. The existentialist in me is aroused by this inquest – I hate being a victim, agency is my prized possession.

What exactly was my role? What led me to suffer vertigo? “The problem,” I say to imagined snaps – this is some deep shit after all, “is realising that your hero or victim is human.” Who farts, someone quips. Yeah, that too – I think. But also has agency. Especially in the case of a damsel in distress; one whom you wished to play knight in shining armour to. Or a baby Moses floating aimlessly on the river; who you reckon you’d raise up to the highest rungs. To find out that this fix-me-upper – this Theressa – of yours has ideas of their own, dreams of their own, conventions of their own. To find out that just like
Theressa, they’re perfectly comfortable in being weak. They need no raising up.

This is the cause of vertigo. No one has enough love for another person. Moremogolo wa motho wa ipetla. You’re not God. The horror! One can only sympathise with God, gliding magnificently through the desert, shouting at the top of His splendid voice; “Hagara! Hagara! Tadima ka nqa ee!”, only for Hagara after sipping from sediba se maphodi se monate to turn towards Jah’s pretty pretty face and ask the old Badu question; “who told you that it was alright to love me?”

Tolstoy was on the money – nothing is more important to a young man’s life than the company of intelligent women. Thandi’s enticing invitation to imagine Hagara (and the plight of single mothers/“babymamas”) anew and discussion on her recently launched book, graciously hosted by Bon Hotel, also moonlighted as the inaugural albeit informal gathering (a mere meet
and greet if you will) of the Mangaung Book Club. I cannot but like Hagara drop a tear and ke bine mminathoko “jwale ke bone sediba sa nnete. Sediba se maphodi se monate.” For literature is the art I love the most for it allows us all, Christian and heathen alike, to explore parts of ourselves that’d otherwise lain hidden. And as such I welcome Thandi’s initiative for the development of a book club culture in Manguang with an open heart and curious mind, coz vele #ArtLivesHere